Visma Ski Classics Climb competition was implemented season VII and has grown into a prestigious one with valuable points to collect both individually and for the Pro Team competition. In every event there is up to two Climb checkpoints, there has not been any in Vasaloppet before but for the coming season X that will change.

The Vasaloppet course is well known for being the longest in the tour with its 90 km but there are not too many tough climbs along the way from Sälen to Mora. Although, just three km after start the skiers has to face a quite long climb up to the highest point of 528 m.a.s.l. There, at the top of the hill, the new Climb checkpoint will be implemented giving this famous event an even more thrilling start!

"The first hill in Vasaloppet is not the longest nor the steepest in Visma Ski Classics, but it is a well-known landmark for the participants, and the fact that on the top you still have 87km (!) to go. To implement a Climb checkpoint at the top of the hill will make the Pro Skiers field kick off in an even higher pace, increasing the excitement in the first part of the race. The Climb competition has become more important each year within the Pro Teams and this year I am sure we will see more Pro Skiers in both the men and women fields going 100% for the Climb points as they are not just important for the individual Climb competition but also in the overall standings for the Pro Teams. Says David Nilsson CEO Visma Ski Classics. 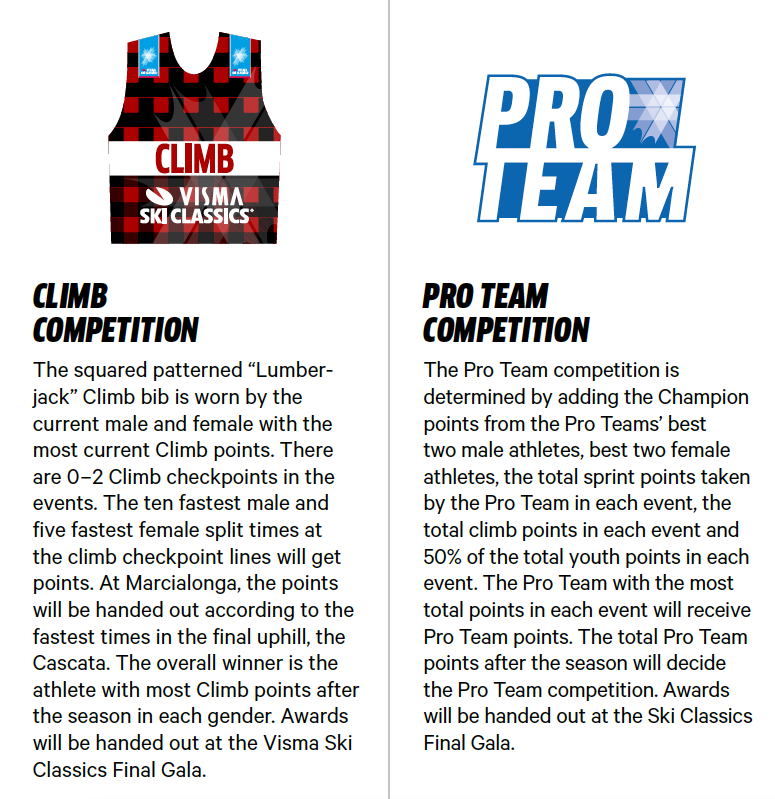 Don't miss out to order your copy of Pro Skiing Magazine, the official guide for Season X!

KROKAN MURUD WILL CONTINUE IN A NEW TEAM